How about this quote from SCOTT ANTHONY BARLOW, THE MUSE:

Check out this quick 5 min read from Fast Company that gets to the heart of career pathing and the power of a chance meeting or encounter vs. the belief that an education will lead you to your dream job:

Why Your “Career Path” Probably Won’t Lead You To Your Dream Job: 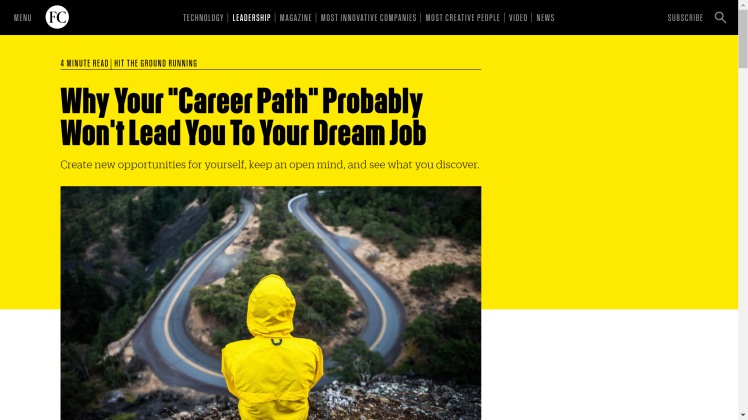 I’ve written on this topic many times as well.  Networking, or the lack thereof, is one of the four biggest career mistakes you are making RIGHT NOW! Check out this mashup from Deepak Chopra and The MBAR Group titled:

The Four Biggest Mistakes You Made This Week!

Dedicated to giving back, Mike formed The MBAR Group in 2009 with the sole intent of providing pro bono career and business consulting services. Today he coaches a number of high profile media personalities as well as holding advisory board positions guiding a number of multimedia and small business startups.

Mike earned his MBA from the Kellogg School of Management, Northwestern University and also holds a Bachelors of Science from Michigan State Univesity. He is a past chapter President of the American Marketing Association. Mike and family split time between their adopted state of Missouri and family home in NW Michigan where their philanthropic causes include The Kingdom House – St Louis, BACN in Benzonia, MI., and Samaritan’s Purse, Boone NC.